Most people remember at least one science fair from childhood … maybe some model volcanoes erupting with baking soda. But for many young scholars, science fairs are foundational experiences that build an early and comprehensive understanding of the natural world, mathematics, physics, and more.

Each year, nearly 100 regional science fairs are held across Canada. These science fairs are far from quaint events held in local gymnasiums. Rather, they are highly competitive science expositions in which students create fascinating exhibits and are awarded large prizes in the form of scholarships and other educational opportunities.

Since 1997, the Science Fair Foundation BC has been committed to supporting the 14 regional science fairs that occur in British Columbia. Over two decades, it has developed the largest science and technology outreach network in the province. More than 1,500 STEAM (science, technology, engineering, art, and math) educators and professionals serve as mentors, judges, organizers, and chaperones each year.

Scholarships through the organization are usually a few hundred dollars, but some regional awards are as much as $7,000. However, national and international competitions have nearly $1 million to offer their various finalists in the form of awards and prizes.

A Commitment to Support Science Education 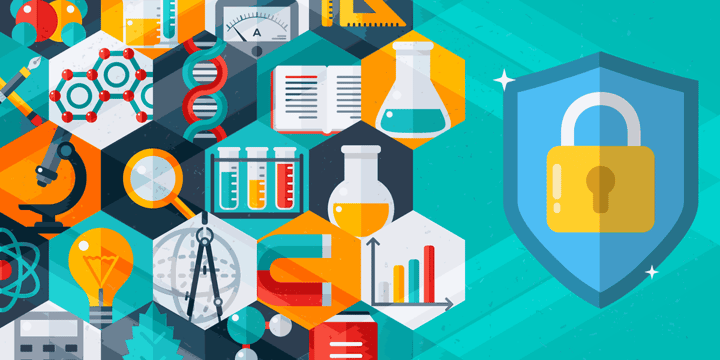 "Our mission is to build the future of science and technology in BC by supporting science education through the science fair program," explained Science Fair Foundation BC Director of Operations Madeleine Guenette.

The support provided by the Science Fair Foundation BC is enormous. More than 40,000 students participate in science fairs across the province each year, and 2,000 students achieve the opportunity to share their work at the regional fairs. From there, a few are selected to move on to attend national and international competitions. In 2018, 67 students advanced to the national fair. This group won $187,000 in awards and scholarships including 2 platinum awards, 6 gold medals, 11 silver medals, and 25 bronze medals.

Science Fair Foundation BC volunteers host and fundraise for the events, provide assistance to the participants, recruit judges, and more.

"Oftentimes finding the judges is the hard part because the projects are so advanced that they need experts in a particular field to be able to judge the project. We typically need three or four judges for each project at each of the 14 events in BC every year," Madeleine said. She added that each fair has between 50 and 250 judges volunteering.

It's certainly true that the projects are advanced. Projects from 2017 included exhibits studying whether or not fingerprint shapes are inherited, observing a new phase of liquid water, and a project titled "Optimizing DNA Barcoding for Investigating Food Fraud."

As an organization that deals with thousands of students each year, the Science Fair Foundation collects a great deal of personal data. For years, it used paper registration forms to comply with British Columbian data security requirements, and it stored data behind affiliated institutions' firewalls and security measures.

But since 2015, Madeleine's organization uses Symantec Endpoint Protection, acquired through TechSoup Canada, in order to reliably protect this information.

"We obviously need to keep data secure, as well as comply with the standards of the BC government for hosting all of that information. It's big for us to have that security," she said.

The Science Fair Foundation BC relies on remote workers to support science education across the region. Endpoint Protection provides robust security to the various devices used by team members as they access the majority of their mission-critical resources online — something they were unable to do before.

"It's basically necessary to use cloud computing to work in the 21st century, and having local data alone is simply not feasible, especially because we travel to a lot of these science fairs. Not being able to securely access our data while we're traveling would be a huge hindrance," Madeleine noted.

"Symantec allows us to have better access to our data without compromising security. This has been invaluable in allowing our team to stay connected during regional, national, and international events," Madeleine said.

The ability to secure massive amounts of data online while complying with British Columbian security requirements ultimately offers more students greater opportunities to discover science education. And that's precisely what the Science Fair Foundation BC has been committed to doing for more than two decades.

IT Security
Ransomware: What It Is and How to Fight It