United Way of Pierce County Seeks to Lift 15,000 Households out of Poverty

Since 1921, United Way of Pierce County in Tacoma, Washington, has been dedicated to improving the lives of local citizens through myriad fundraising efforts, community-based programs, and volunteer engagement activities. And while fundraising remains a key component of its efforts, United Way's goals have never been more focused on changing community conditions. Today, one in three local households have incomes above the federal poverty level but below the cost of living threshold.

"By addressing the interconnected issues affecting children and families in our community, we are ensuring that families are stronger, individuals gain stability, and, in turn, kids are more successful," says Dan McFarland, who has served as the organization's director of information technology for the past 22 years.

He adds that solving an issue as complex as the cycle of poverty requires cross-sector collaboration, and that "United Way can and does facilitate that work. We are tackling poverty, one family at a time." 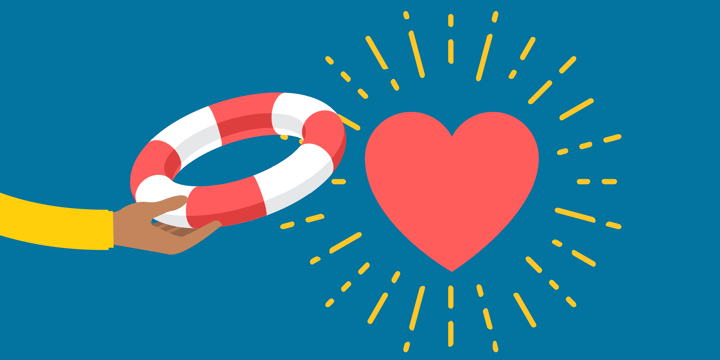 Most emblematic of its commitment to break the cycle of poverty is United Way of Pierce County's Center for Strong Families. The center implements a proven model to help struggling families get on their feet and stay on their feet. Working with local community organizations in key neighborhoods, partners include Clover Park Technical College, Goodwill Olympics & Rainier, Pierce County Housing Authority, Sound Outreach, Sound Outreach at Bethel School District, Tacoma Community House, and Tacoma Housing Authority. Since the Center for Strong Families launched in 2016, the impact has been significant:

Ninety percent of clients served by the Center for Strong Families receive bundled services, which could include financial counseling, employment coaching, education, financial literacy, and access to income supports.

A Helping Hand from Veritas and TechSoup

In order to make the biggest impact on its community, United Way of Pierce County collects, stores, and leverages a fair amount of data — fundraising data, for example. So it has always needed a solid data backup plan in case of an emergency.

And while it was at one point using perfectly reliable backup software, the product it had adopted brought along yearly maintenance fees that rapidly became cost-prohibitive. While searching for a solution, McFarland came across Veritas for Nonprofits at TechSoup back in 2010. He reports that he's still using Veritas today (specifically, Backup Exec 20) and that it has both saved his organization money and helped recover from several different disasters.

"It has saved us thousands of dollars every year in maintenance costs. I'm guessing at least $12,000 in the last 6 years alone," McFarland says. "Veritas has provided us the ability to securely back up and restore all of our internal data. It is like an insurance policy against bad things happening."

He then relays a story about a flood caused by a burst sprinkler pipe on the top floor of the building. "That incident forced us to really take a close look at all of our business continuity and recovery systems," he says. "Thankfully everything worked, and we were able to recover with almost no downtime, but the flood really hammered home the importance of Veritas and having a plan in place."

In addition to the flood debacle, a few years back a user at the organization was infected with ransomware that encrypted a number of the organization's shared folders. However, McFarland and his team were able to successfully recover all the lost data over the weekend. And while cloud backup is now available from Veritas, in each of these cases, United Way of Pierce County was able to recover its files from disk backup.

"Backing up to disk with Veritas has been very helpful and allows us to recover files quickly when a user makes a mistake and accidentally deletes something. We haven't taken advantage of the backing up to the cloud, but it is nice that Veritas has added a number of different cloud backup services recently. We hope to someday be able to get rid of tape backup and use cloud backup," McFarland says.

With an "insurance policy" like Veritas Backup Exec 20, United Way of Pierce County doesn't need to worry about lost data (or time) after a catastrophic event. Instead, it can focus more of its energy on critical services like South Sound 2-1-1 and the Center for Strong Families program. It's remarkable to see an organization nearly 100 years strong continuing to push the boundaries of effecting change in the region it serves. And with dedicated staff and top-notch technology in place, the forecast for another century of truly important work is looking good.