Nonprofits exist in an environment that demands they operate efficiently while keeping pace with a rapidly changing world. But there's a new tool to help nonprofits make decisions in the face of these realities: data science.

Data science refers to the process of extracting meaningful insight from data, and it can offer many benefits to organizations of all types. But many nonprofits have yet to fully utilize its power. According to a 2016 survey by Every Action, only 6 percent of nonprofit staff surveyed said they were effectively using their data, while 33 percent admitted they were not using it at all.

This is contrasted by an explosion in the use of big data and advanced analytics within the for-profit sector. NewVantage Partners reports that 84.1 percent of the private company executives they surveyed are investing in big data initiatives.

Slow adoption in the nonprofit sector is not surprising. Data science is not cheap and takes a certain level of technical expertise to execute effectively. Rough estimates from Upwork put hourly rates for complex data analysis in the range of $50 to $210 an hour.

However, much research is being conducted across the country to develop free, open-source data tools to power the nonprofit industry and provide these organizations with the power of data science. 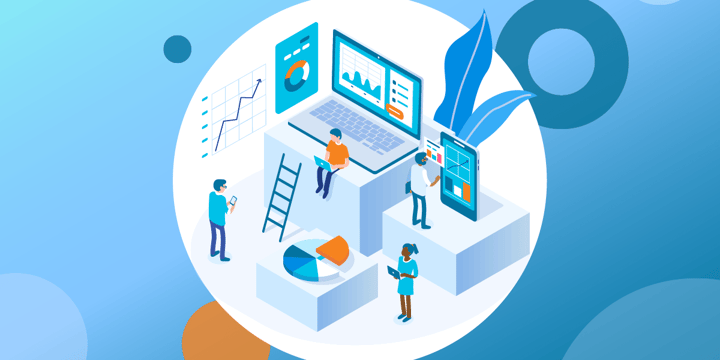 One way to demonstrate the usefulness of data-driven decision-making is an applet built by Intrepid Insight called the Efficient Volunteer Matching Applet. Using this tool, organizations can submit a spreadsheet of volunteers and required jobs (think: fundraisers, beach cleanups, and so on) and get back a list of volunteers matched to jobs in line with their skills and interests. It's a free, web-based platform available as a resource for anyone who finds it useful. All code is also open source and available on GitHub, so nonprofits can use it locally if they prefer.

The goal is to improve volunteer engagement by taking volunteer preferences and skills into consideration when assigning tasks for charity events, all while saving staff time. First, volunteers rank the jobs they want to do. For example, if a nonprofit is organizing a 5K fun run, volunteers would rank roles like Snack Booth Assistant, Check-In Table Manager, or Finish Line Monitor. Volunteers or staff can also specify if they have experience doing a particular role, as the applet gives priority to volunteers with experience in past jobs.

Powering the applet is an algorithm called Top Trading Cycle (TTC), which was first proposed by David Gale at UC Berkeley and later published in 1973 (PDF) by Scarf and Shapley, economists at Yale and UCLA, respectively. Over the years, it has been adapted and researched by a series of economists and mathematicians. TTC is a method of matching people to objects. In this case, people to volunteer positions. This series of slides from Stanford economist Muriel Niederle (PDF) does a great job of summarizing matching algorithms (including TTC) for those interested. For a highly technical look at the properties of TTC, check out this article by Michael Wallace at MIT (PDF).

Long story short, the applet delivers a table of volunteers each with an assigned job, with very minimal processing required from the raw Google Form registration spreadsheet. It also considers what volunteers actually want to do, weighs what they want against what other volunteers want, and splits the difference in a way that a lot of smart people have called "optimal."

Considering what volunteers want when making decisions critically prevents volunteer attrition and burnout. According to the Chronicle of Evidence-Based Mentoring, a 2013 study of 151 volunteers found two of the most important influences on volunteer burnout were greater perceived voice and role ambiguity. Specifically, they define perceived voice as "whether volunteers feel that they have input, and that this input is respected within an organization’s decision-making process." Letting volunteers have a say in what they do, even if that say is only deciding between manning the drink station or the snack booth, goes a long way towards building a stable volunteer base.

Matching volunteers is just one example of how data science can be used to improve everyday operations. But beyond this helpful applet, civil society at large needs more data scientists working to solve the big problems facing the world today.

The Need for Data Science Volunteers

As mentioned earlier, spreading the benefits of data science to the nonprofit sector faces two main challenges: high cost and slow adoption. An increase of data science volunteers can be the silver bullet breaking through both of these barriers.

Nonprofits need to begin to systematically collect data. That means building the capacity to easily organize and store information such as event attendance and survey results. Although these tasks sound mundane, they are incredibly important and are the lifeblood of any data science project. Aspiring data scientists — even those not yet in college — can be a great resource in this area. The skills needed to start are simple — Excel, SQL, and so on — and the volunteer is gaining a useful career skill along the way.

After this capacity gets built, organizations can benefit from receiving simple reports of averages, medians, and percentiles at monthly or quarterly meetings. Setting up these reports is rather easy for an experienced data scientist with clean data. Then, organizations can move on to asking for specific analyses that illuminate the tradeoffs between investing in another large charity event or adding on another full-time staffer.

Being able to make decisions backed by data rather than opinions helps improve efficiency and transparency. Both of these things are critical for maintaining donor trust, especially in the era of charity watchdog websites that track overhead costs down to the percentage. Nonprofits need data science, and professionals volunteering their time is the answer to this need.

Jacob Kohlhepp is the CEO and founder of Intrepid Insight, a volunteer organization dedicated to providing pro bono consulting services to nonprofits and local governments. Kohlhepp is also currently pursuing his Ph.D. in economics at UCLA.