What's new in library tech! This month we cover the coolest library cards from around the world, the state of libraries and the open data movement, a wrap-up of the 2019 ALA Midwinter Meeting, the launch of the EveryLibrary One Million Americans For Libraries Campaign, apps to better understand and control our smartphone use (which I badly need), and news about 3D-printed houses. We hope you heard it here first! We hope you enjoy our batch of newsbytes this time around!

Coolest Library Cards from Around the World

First off, I just have to say what an interesting offbeat online bookworm publication The Nerd Daily is. It is edited by Elise Dumpleton in Australia and this little article gives you a bit of its flavor. Library cards are in most of our wallets and purses and they're easy to take for granted. It is fun indeed to see what libraries in Finland, New Zealand, Australia, U.K, and of course the U.S. are doing with their library card design. Got to love Cleveland Library's one with a Harvey Pekar illustration, which is shown below. Our special thanks to Joyce Brabner for permission to reprint the image. 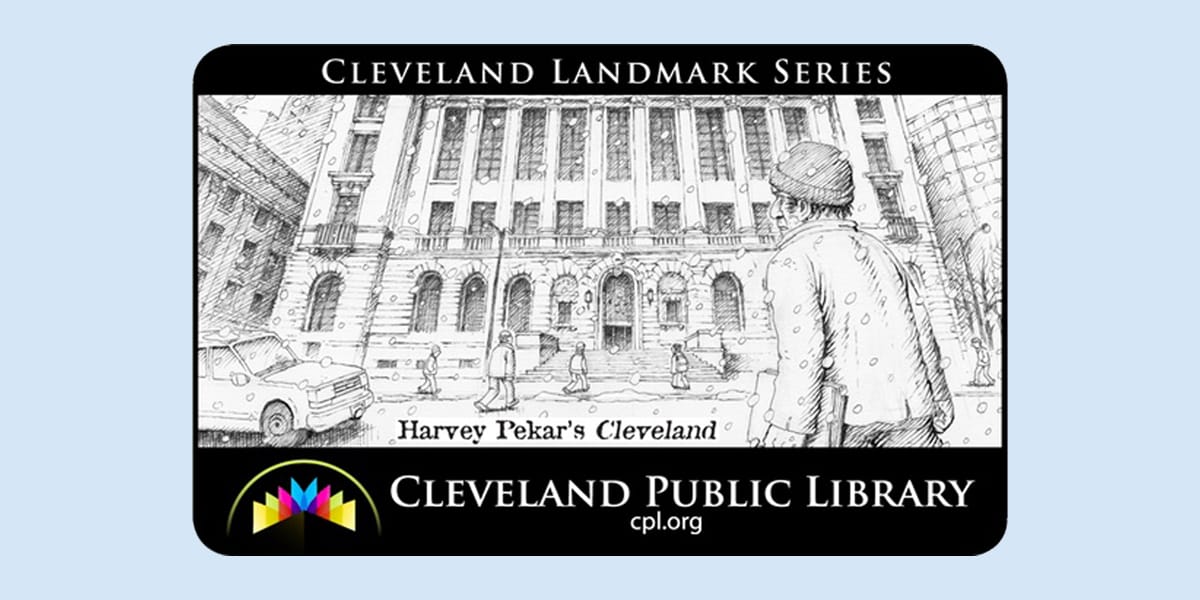 Should Libraries Be the Keepers of Their Cities' Public Data?

Linda Poon in an article on CityLab.com presents a great overview of the open data movement in North American libraries. The article describes the work of the Urban Library Council Working Group on Data Governance (PDF), the Knight Foundation initiative called Open Data to Open Knowledge, and the exceptional work of the Toronto Public Library and its mandate from the city (PDF) calling for the library to oversee data governance for all its smart city projects.

These groups are exploring how public data should be collected, managed, and disseminated at no cost so that it serves everyone — rather than just a few residents. Libraries are also working on ensuring that privacy and data rights are protected. CityLab is dedicated to the people who are creating the cities of the future. It is an online publication by the Atlantic Media group. Oh. Should libraries be the keepers of their cities' public data? But off course they should.

In early February, American Libraries published a summary of the 2019 ALA Midwinter Meeting and Exhibits, which took place in Seattle in late January. Library conference regular and PBS travel author Rick Steves was there. Also of note, I thought, Sarah Studer, assistant director of the Arthur W. Buerk Center for Entrepreneurship at the University of Washington's Foster School of Business, discussed homelessness and how it deeply affects the city of Seattle. She recalled how, at her former workplace, a co-worker brought a coffee cart out on the street to serve homeless individuals and engage them in informal conversations to learn more about their needs. Through that and other interactions, she and her co-worker were able to learn, for example, that one of the biggest issues facing people experiencing homelessness is the need for a power source to charge electronics.

Also, ALA rolled out a new and growing collection of advocacy tools on ALA's redesigned Advocacy web page. Resources are organized around developing and cultivating library advocates, providing step-by-step suggestions for anyone who wants to become more active in strengthening ALA's voice, and advancing the national, state, and local conversations about library and information policy. One of the new resources is a video introduced by Garcia-Febo in her Midwinter opening remarks, Advocacy 101: Getting Your Library Story in Your Local News.

Invite Your Friends to Join the Million Americans for Libraries Campaign

Apps to Better Understand and Control Your Smartphone Use

TechSoup for Libraries special contributor Sophia Guevara recommends using apps like QualityTime and Moment to better understand your smartphone use. She says, "Doing research on the topic helped me find a piece on CNBC that has tips for those who are trying to curb their smartphone use. Titled These simple tips will help you stop checking your phone so much, this resource suggests the two apps mentioned above as well as using an alarm clock to get out of bed and charging your smartphone out of reach.

This curious newsbyte is compliments of Ozy.com. Molly Fosco reports that from a distance, a concrete house in Milan resembles many other modern European homes. The exterior is bright white, and green plants sprout from the rooftop. Upon closer inspection, though, one can see the perfectly straight lines etched in the building material throughout because the entire house was 3D-printed. While this particular model is a prototype, it's one example of a revolution playing out worldwide, from the Netherlands to Nantes, France; El Salvador to Estonia; and Moscow to — if NASA has its way — even Mars.

Libraries
TechSoup's Marnie Webb on Why We Fight for Libraries Everywhere

Education
Host a Coding Class at Your Library: Resources and Tools

The Cloud
Comparison Chart: Cloud Storage Solutions for Your Nonprofit

IT Security
Top New Products at TechSoup for 2020