A Closer Look at the Safe Shelter Collaborative from Caravan Studios

TechSoup is known for helping nonprofits build capacity with technology to help their organizations run more smoothly, enhancing their ability to have a positive impact on lives and communities. Perhaps lesser known is Caravan Studios, a division of TechSoup, which designs technology solutions to help nonprofits address some of their most pressing problems. 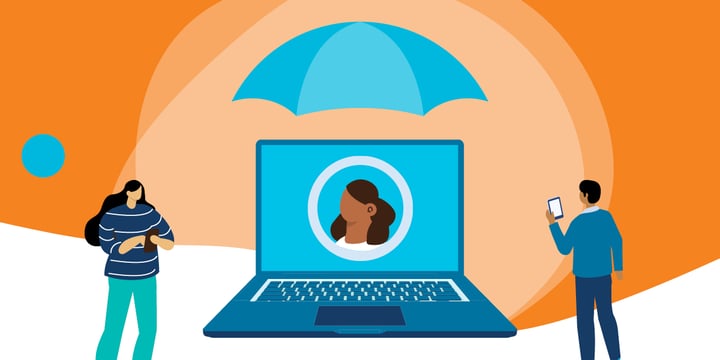 Launched in 2012, Caravan Studios works closely with nonprofits, communities, and local organizations such as libraries to design technology together to solve local problems. One of Caravan Studios' first collaborators was a group of agencies serving survivors of domestic violence and human trafficking across New Jersey. A core problem all of the agencies shared was finding space among the dozens of shelters in the area for a survivor who needed a place to go immediately. Finding a bed could take 35 calls and hours of staff time providing in-depth details about the individual or family in need. And if the survivor was calling, as is sometimes the case, the process involved telling their story over and over, which intensified their trauma.

"We thought that was an interesting opportunity to see if technology could make the process faster," says Sarah Washburn, director of community experience at Caravan Studios.

After listening and learning from the organizations, the Caravan Studios team designed the Safe Shelter Collaborative, a secure platform that allows qualified agencies to find shelter faster for survivors of domestic violence, human trafficking, and sexual assault.

The requesting agency enters the information about the survivor, sharing only the details that a receiving agency needs in order to assess whether they can help. Among other details, they share gender, special needs, and how many people need to be sheltered. "It's just enough nonidentifying information for a receiving agency to say, 'No we don't have a bed,' or 'yes, we might be able to help,'" says Washburn. "If 33 agencies say no, that's good information. The requesting agency only has to focus on the two that might be able to help."

"The platform also includes the SafeNight app, which allows agencies to crowdsource funding for hotel stays for survivors when there is no bed available," Washburn adds. This feature allows flexibility for agencies in addition to an opportunity for supporters to provide direct assistance in the form of tax-deductible donations.

The Safe Shelter Collaborative in Action

Currently, agencies in 17 states including regional collaboratives in Northern and Southern California, Texas, New Jersey, and Colorado use the Safe Shelter Collaborative. Here are some of the stories of how the platform works in action.

North County Lifeline Project LIFE, a TechSoup member since 2002, serves survivors of human trafficking throughout San Diego County. It is one of two providers in contract with the San Diego Human Trafficking task force to provide emergency response. In addition to direct services, Project LIFE provides both transactional and emergency housing. This program specializes in services for men, boys, and LGBTQ survivors of human trafficking. "Shelters are segregated by gender, so finding shelters that will accept LGBTQ survivors, especially transgender, gender-nonconforming, or gender-nonbinary people, can be especially difficult," says K Thomas, clinical training manager for Project LIFE. "We are one of two agencies that offers housing to accommodate this population. But we're often full and looking for beds," Thomas continues.

"We found that for transgender females, we were spending 12 to 18 hours, making phone call after phone call," says Thomas. "And it often wasn't just one person, but two to three staff people on the phone advocating for our client. We were burning through energy and staff time. This long and frustrating process raised the anxiety level of our survivors, who worried about where they were going to go and what was going to happen next," says Thomas.

Thomas says now, with the Safe Shelter Collaborative, staff members can send a request via the secure platform to all of the partners they would have called. They simply plug in the basic information, without providing identifying details. "The process takes about three minutes, and we hear back in minutes whether it's a no or a maybe," she says. "If it's a maybe, a staff person can hop on the phone and share all of the details the agency needs to make a decision on the placement."

A Better Experience for the Client

Eliminating the need for phone calls freed up time for the staff to do other things. "Once we put in the request, it's on autopilot. We can shift our energy to the other things the survivor might need, such as food and clothes," says Thomas. "And the client doesn't have to see the mess of the shelter system. So in addition to saving us a lot of time, the Safe Shelter platform has allowed us to be more present and build rapport with the people we serve in ways that we couldn't before."

In order to join the collaborative, members must receive certain trainings. "This has given us a space for accountability around these training requirements," Thomas says. "Additionally, in creating our collaborative, we've had the chance to discuss concerns about care for specific populations, such as transgender individuals. We have been able to provide technical assistance to community partners to increase understanding and competency."

Initially, this particular regional collaborative was limited to agencies in San Diego county. "But it's often not safe for survivors to remain in the area where they were trafficked. So Project LIFE invited shelters throughout Southern California to join the SoCal Safe Shelter Collaborative."

"The people who are part of this collaborative have agreed to a certain standard of care and best practices. There's a comfort level we didn't have before when working with agencies outside of San Diego County. Now cross-referrals out of the county are more seamless, and we're more confident that we're sending survivors to a shelter that follows best practices we've agreed on," says Thomas.

Community Advocates for Family and Youth

Community Advocates for Family and Youth (CAFY), a member of TechSoup since 2006, helps people, mostly women and children, who are fleeing violent, abusive situations. The Maryland-based organization provides a range of resources to meet the needs of survivors, from counseling and support services to case management and legal advice. "But for many survivors, the most immediate need is a safe place to stay, and it can take days for a bed to open up in a shelter," says Arleen Joell, executive director of CAFY.

She explains that increasingly agencies are using hotels as short-term placement for survivors. CAFY has negotiated a rate with certain hotels of $125 a night. Staff at these hotels receive training on maintaining privacy and other issues to meet the needs of this population. The cost of these hotel stays can be a strain on an already thin budget. CAFY's client assistance budget can cover one night, occasionally two. "But one night is often not enough," says Joell.

A Quick Call to Action

The SafeNight app has allowed CAFY to extend hotel nights to buy more time for the people who need it. The app connects CAFY with donors willing to contribute toward the cost of a hotel stay as the need occurs, making it possible for an individual or family to stay two to three nights.

"When we have someone who needs emergency shelter, we send out the request via the app. Anyone that has downloaded the app and selected our agency will get pinged. We've learned over time that asking one person to cover the entire cost is unrealistic. But a lot of people can do $40," says Joell.

The SafeNight app provides more than just hotel stays. "Having somewhere safe to go gives our clients the ability to take a breath. It removes a little bit of that crisis mode thinking," says Joell. Being able to extend their stay from one night to three nights can make a big difference. No one can make a decision on their life in one night," says Joell. "That extra time allows us to help survivors think through next steps, whether it's getting the locks changed or deciding they're not going back and need to relocate."

"People want to make a difference," says Joell. "Knowing that you have helped someone stay out of harm's way on a particular night is gratifying. The SafeNight app has been a great way to build engagement in the community."

Joell says 165 donors have selected CAFY as their agency. Some people have donated multiple times. "For people who don't want to be a bystander and want a passive way they can help, donating through the app is a really good solution. 'I just did something,' is what we hear over and over from our donors," says Joell.

Guided by the Community

Washburn says that the success of the platform is the combination of an outsider's perspective and the collaborative process. "We have a different way of looking at the problem because we're not in it. We are champion listeners and learners and invite the organizations we work with to be part of the design thinking sessions," Washburn says. "The agencies played a critical role in what the Safe Shelter Collaborative platform became."

Learn more about the Safe Shelter Collaborative and Caravan Studios by visiting their sites today.

The Cloud
Microsoft Cloud License Prices Are Increasing in September

Web Development
How Do I Get There? User Flow in Nonprofit Websites