Charitable Giving Expected to Plunge: How Nonprofits Can Survive

The new U.S. tax overhaul officially called the Tax Cuts and Jobs Act went into effect in early 2018. We don't know with certainty what the effect of the new law will be on charitable donations, but the projections for charitable giving don't look good.

It is wise and prudent for U.S. nonprofits and faith-based organizations to prepare for a lean year with regard to individual donations. In this blog post, we discuss these upcoming changes and offer some practical suggestions on how your charity can prepare for a difficult year ahead.

Why Charitable Giving Will Likely Decrease This Year

According to the nonprofit Tax Policy Center, the new tax law will decrease by more than half the number of households that will make itemized deductions for charitable gifts. The Tax Policy Center's estimate is for a reduction from 37 million to about 16 million people who will itemize this year. That's a major reduction that will have direct impacts on nonprofits nationwide.

In 2016, Americans donated $390 billion to charities, with 72 percent of the total coming from individual donors. The rest of charitable giving came from foundations, bequests, and corporate grants. Of the $280 billion coming from individual donors, 82 percent came from people who itemized taxes. An estimated 21 million of those people won't be taking their charitable tax deduction this year.

What will be the result? The Tax Policy Center forecasts a reduction in charitable giving somewhere between $12 billion and $20 billion. The new law will reduce the federal income tax subsidy for charitable giving by one-third. Most nonprofits should expect fewer donations to come in this year. Major gifts from the 10 percent of people who will continue to itemize will be even more critical to your fundraising.

OK. So, what should charities do about this?

Double Down on Digital Fundraising

According to the latest M+R Benchmarks Study, digital fundraising has had steady growth year over year in both revenue and donor acquisition. Now is an opportune time for charities to consider how to maximize the return on investment from these efforts.

Your charity may want to consider staffing up in critical areas of fundraising. Staffing up would be especially helpful in higher revenue opportunities. These options include growing mid-level giving programs, using wealth screening services to identify donation opportunities, investing in a higher performing donor management platform, and piloting ways to move donors up the ladder of engagement. Many of these options may require different staffing configurations or partnerships with agencies that can help charities achieve these goals.

Do Additional Practical Things to Prepare Your Organization

Another area of opportunity to mitigate the loss of many previously itemized tax filers is to offer practical suggestions to donors on alternative giving methods. For example, donors can set up a charitable remainder trust or a charitable gift annuity. These methods would give donors the option to make ongoing gifts with any remaining funds going to the charity upon their death.

Another option for donors older than 70.5 is to do a direct rollover from an Individual Retirement Account (up to $100,000 per taxpayer) to a qualified charity. Both of these options are usually the terrain of planned giving programs, and they may require charities to broaden their expertise in these areas and in marketing efforts.

A Permanent Change to Charitable Giving

We sincerely hope that these suggestions are helpful to you. We believe that regardless of how big the giving plunge will be for your organization this year, adopting at least some of our suggestions will be sound fundraising practices. The effects of the new tax law may not happen as quickly as the Tax Policy Center forecasts, but the new law is, in effect, a permanent change to U.S. charitable giving. If it doesn't hit hard this year, it might next year or the year after that. 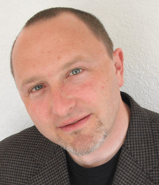 Michael Stein has been a writer and digital strategist to progressive social causes since the birth of the Internet. He is the author of three books and numerous articles chronicling the rise of digital marketing, mobile, and online fundraising. He is currently the senior director of partnerships at EveryAction, an online platform that offers digital, fundraising, and organizing tools on a unified CRM. 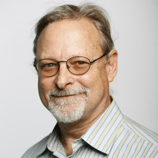 Jim Lynch is a longtime staff writer for TechSoup and a veteran of nonprofit technology. He served as development director for TechSoup from 1999 to 2002. He is currently the editor of TechSoup for Libraries.

Graphic Design
How to Utilize NFTs for Fundraising