Developing a Platform to Fight for Environmental Justice in Latin America

Xinampa, a team of experts in embedded systems, ubiquitous analytics, and clean growth development, is making a scarce and precious resource available to all in Latin America: reliable data. Its open-source platform could help save hundreds of lives, get justice for the marginalized, and have an enormous positive impact on the environment.

Latin America is considered the world's most dangerous region for environmental activists. According to the nonprofit Global Witness, Brazil alone reported the highest number of murders of human and socio-environmental rights defenders in 2017, with a total of 57 over the course of the year — the highest number since 2002. Practices such as unsustainable palm oil cultivation and illegal mining have dire consequences on the surrounding environment and for those who live in it, particularly indigenous communities. However, a lack of reliable data in this area allows it to remain in the dark, outside of the international spotlight and largely unregulated.

The data that does exist in these areas is static and often 10 years old or more, making it difficult to draw meaningful insights. An even bigger challenge is the fact that where current data does exist, it goes out of date almost immediately. This gap in knowledge exacerbates the unregulated nature of environmental injustice. 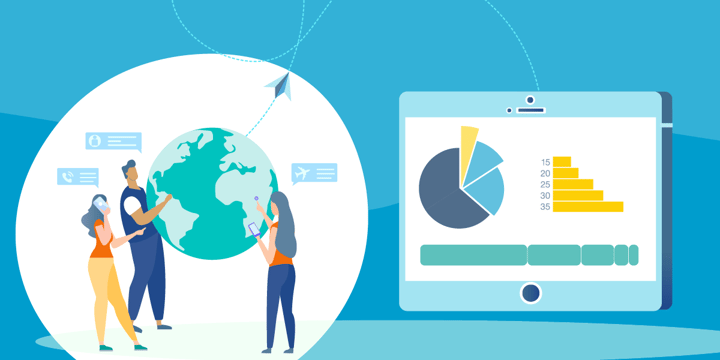 A Tech for Good Solution

Xinampa is developing an open-source platform to support collaborative tracking of environmental justice in Latin America. So far the platform has covered all of Mexico, Central America, and Colombia and has begun collecting data for Brazil in 2020. Their grassroots information gathering technology, a Facebook chatbot trained to talk about environmental justice, is being piloted in Mexico this October.

Xinampa's developers saw a need for accurate, diverse, real-time data in Latin America. The hope is that this will enable institutions and individuals pushing for social change to do so with a firm grounding of accurate and current data on environmental justice. This in turn can lead to greater accountability for companies and individuals acting in the region, prevent further damage to the environment, and provide protection for environmental activists.

We caught up with Diego Ponce de Leon Barido, founder and CEO of Xinampa, after he presented the platform at a recent Public Good App House Demo Breakfast led by Caravan Studios, a division of TechSoup. At this event, representatives of five innovative apps with a focus on public good had the opportunity to present their platform to an audience. Attendees included app developers, academics, and nonprofit workers.

Each of the platforms sparked a great discussion, and you can learn more about each of them through the event page (click View Details to see the full description). However, we were particularly excited by the innovation and far-reaching potential of this project.

In order to make information about environmental justice accessible to those who need it, Xinampa will be an open-source platform providing access to three types of data.

The diversity of data types is intended to allow users to find the correlations between a type of incident and the location where it occurred, or the demographic of people involved. "This way we can triangulate everything that's happened," Diego told us. This will enable all sorts of professionals to be far more efficient in identifying environmental injustice and taking steps to prevent it in the future. The results could range from accurate and insightful academic writing to changes in law ensuring universal water safety standards, or better protection of activists and indigenous people.

Creating a platform making data available that has never before been gathered in one place, let alone regularly updated, is bound to come with its issues.

According to Diego, Xinampa's founder and CEO, one sticking point is the lack of data analytics skills among stakeholders. "Everyone wants data," he says, "but they don't know how to use it."

And due to the fast-paced nature of the platform, on top of the sheer amount of data, it wouldn't be possible for the team to interpret it themselves. So how are they to convert this mass of dynamic, location-tagged data into useful insights?

For now, the team's approach is to ask people to use the platform and provide feedback. Diego told us that they are working to build collaborations with other organizations and "constantly pinging the UN" in order to discover what they need, and at what stage data is useful to them. The only way to find out when data is digestible enough is by getting those with a use for Xinampa's service — including academics, lawmakers, and nonprofits — to try it out.

According to Diego, another challenge is that "no one wants to pay for you to create the data, but a lot of people want to have access to it." It can be tough to get individuals and grantmakers to give money to a new project, especially with a goal as broad as this one. Nonetheless, Diego says that his team is committed to finding funding methods, "so we can provide a free public domain." So they are collaborating with foundations and other organizations to raise the money needed to develop this platform.

That said, they're still seeking funds. If you're a grantmaking organization, or just a person with an open wallet and an interest in environmental justice in Latin America, you can contact Diego.

The platform will be piloted in Mexico this coming October, but the aim is for it to be active across the whole Latin American region by 2021. Eventually this will provide constant coverage and monitoring of vital factors in tracking, analyzing, and guiding the trajectory of environmental justice. Diego hopes that this will be a springboard for actors on all levels — from grassroots to government — to better protect people and the environment.

Web Development
4 Ways to Use Google Analytics Every Day