The Dos and Don'ts for Charities in an Election Year

In the height of an election season, charity leaders sometimes feel sidelined by the tax code, believing that speaking out when elections are looming is too risky.

In fact, the rules governing charities leave lots of room for charities not only to advocate vigorously in service of their communities, even in an election year, but also to participate in the election itself. 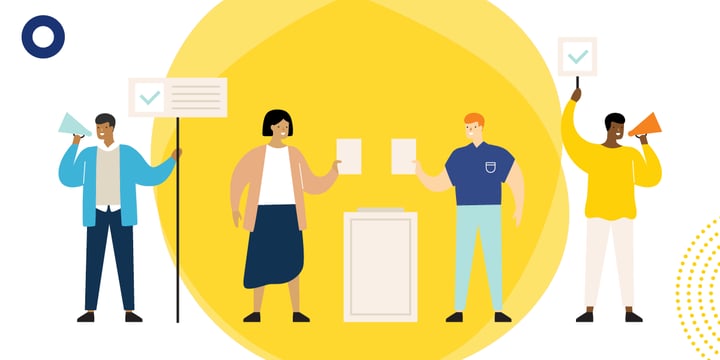 And while charities cannot take sides in candidate elections, there is much they can do to promote issues of interest, educate candidates about those issues, inform the public about candidate views, and both encourage and enable voter participation in the election.

Armed with a better understanding of the rules, and how to implement them, charities can keep making noise and engaging their constituencies before, during, and after the election.

The IRS uses a relatively, but not completely, vague "facts and circumstances" test to determine whether a given communication constitutes issue advocacy or candidate campaign intervention. The former is permissible for a charity; the latter is not. The IRS looks at both the content and the context of a charity's communication and considers the presence or absence of a number of factors to decide whether the communication is appropriate for a charity.

Although there is no exhaustive list of factors, the IRS has identified in Revenue Ruling 2007-41 (PDF) the following factors as important to its analysis:

The analysis is not just a counting of factors, though, and they don't all have equal weight. Much depends on the substance, appearance, and manner of distribution of the communication. A charity that knows the rules can design communications during election season specifically to ensure that it does not break the rules.

Educating and Engaging Candidates and Voters

Charities can also educate candidates and voters and promote voter participation in the election, so long as they conduct those activities in a way that does not reflect support for or opposition to any particular candidate or party for election. These "nonpartisan" activities, also explained more fully in Rev. Rul. 2007-41 (see link above), can include (among others) the following, if properly designed and conducted:

Of course, some activities that charities occasionally consider are clearly not permissible. These include (among others) the following:

Stay Involved, but Manage Your Risk

The outcome of elections is often important to a charity's ability to accomplish its mission and to the well-being of its constituents. Fortunately, the onset of election season does not prevent charities from loudly and vigorously pursuing their charitable purposes. While there are risks to manage, charities that know the rules can stay actively involved in the public discussion, even during election season.

This article is for general informational purposes only and does not represent legal advice as to any particular set of facts. Please seek legal counsel as you deem necessary.