The Wild and Wonderful World of Excel

Spreadsheets were some of the earliest killer productivity apps at the dawn of the personal computer age. They were originally developed as computer versions of paper accounting worksheets. They were appealing because they made calculations easier with almost any sized data sets. Since the early 1990s, Microsoft Excel has been the most popular and widely used spreadsheet application. Most of us say Excel when we mean spreadsheet. It became famous for financial modeling, statistical analysis with almost any kind of data, and generating easily readable outputs from databases. People really do love Excel. 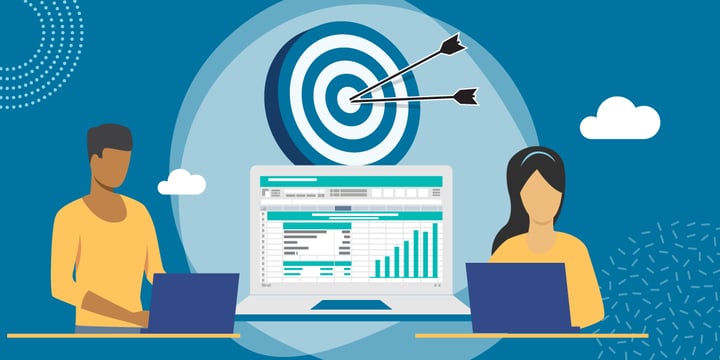 At TechSoup we most often look at spreadsheet data in its native tabular form. Excel makes it easy to use formulas for summing, multiplying, and finding averages, as well as advanced calculations like regression analysis and conversions. Excel generates different kinds of reports, dashboards, and visualizations. But mostly we use it to make pie or line charts and graphs that we put into reports and PowerPoint presentations. Spreadsheets have long replaced paper-based systems throughout the business and scientific worlds.

Decades after its launch, Excel is still a killer app. Technology-challenged government agencies rely on it, and it is an essential tool at many nonprofits for budgeting, donor management, and even data retention. Below we highlight some fun, out-of-the box creative things you can do with the app, some astonishing Excel mistakes that have caused significant issues, and ways you can spruce up your Excel skills to safeguard yourself and organization!

Getting out of the Worksheet Box

Some of the most interesting things about Excel are the wacky and wonderful things people do with this ubiquitous app.

Our reliance on Excel is so universal that some mistakes that we all make from time to time have become the stuff of headlines.

In 1994, Fidelity Investments publicly stated that they would make a $4.32 per share dividend distribution on their Magellan fund by the end of the year. In January of 1995 though, they had to cancel the dividend after discovering that their estimation was incorrect. It turns out that a tax accountant employee forgot to put in a minus sign, which resulted in dividend estimates being off by $2.6 billion. I'm glad I wasn't that accountant.

In 2012, JP Morgan Chase suffered a trading loss of $6.5 billion due to a copy-and-paste user error in a value-at-risk spreadsheet. The employee simply copied and pasted information into the wrong place. This simple spreadsheet error resulted in the biggest financial loss that the JP Morgan Chase has ever had. I'm equally glad that wasn't me.

Fortunately for all of us, there are lots of Excel consultants out there now, like the European Spreadsheet Risks Interest Group. Members routinely catch Excel errors large and small before they cause major heartache.

Spruce Up Your Excel Skills

If you're an Excel beginner or a power user interested in catching your mistakes before they make the news, TechSoup has a collection of powerful online courses that combine great skill-building content from experts at Microsoft called the Microsoft Digital Skills Center. These offer both training and certification. Among the offerings are a set of six free Excel course levels that bring you all the way from basic skills through using formulas, functions, and calculations. We offer these in Spanish as well as English. If you really want to be good at Excel, check out our Excel 201 — Advanced Methods course and our Ask the Expert recording on using pivot tables.

Digital Divide
The Rise of the Data-Driven Nonprofit