Can I Tweet That? Charities and Social Media in an Election Year

Increasingly, we connect to each other through social networks, perhaps this year more than ever before. Facebook and Twitter are ubiquitous, not to mention Snapchat, Tumblr, and the many other platforms that have evolved. Despite this, the IRS has not yet published guidance specifically addressing the use of social media in the context of election-related activities conducted by 501(c)(3) charities.

A previous post on the TechSoup blog described how charities can conduct issue advocacy and voter education safely in an election year. This post addresses considerations for the use of social media when engaging in these activities. 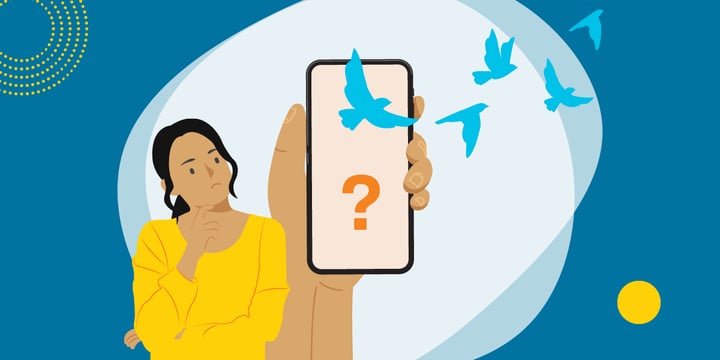 The IRS has addressed the issue of website content: If an organization posts something on its website favoring or opposing a candidate for public office, the organization will be treated the same as if it distributed printed material or oral statements favoring or opposing a candidate. We expect that the same rule applies to a charity's use of social media. Without further interpretation from the IRS, we are then left to apply the general guidance we have about remaining nonpartisan.

Therefore, a charity may not endorse or oppose a candidate on Twitter or Facebook any more than it could on its website or in an email. While a tweet may be limited to 280 characters, the same "facts and circumstances" approach applies to determine whether the tweet might constitute partisan interference in an election. For instance, a post that mentions a candidate and expresses disapproval of the candidate's positions or actions, especially shortly before an election, is at risk of being deemed partisan.

Here are a few points to keep in mind when using social media in particular.

1. Treat All Posts as Communications That Will Be Available Permanently

Social media can be a very effective means of communicating directly with the public and quickly in response to current events. For instance, a charity may assign someone to tweet or otherwise post information during the upcoming presidential or vice presidential debates if the charity's issues are addressed, or to fact-check statements made by the candidates.

Although a post may be written informally and published with little or no oversight, the charity is still responsible for the content. Even if deleted by the charity, the posts could be reproduced in an audit or seized by opponents as evidence that the charity engaged in impermissible partisan activities. Any post therefore should avoid showing a bias or preference for one candidate over another. In addition, if the post contains any links, whatever is at the other end of the link could be deemed part of the post, so the charity should vet the content first.

2. Consider That Liking and Retweeting Could Create Risk

A charity might be held responsible for any content that it "likes‟ or retweets. A charity therefore should avoid liking or retweeting communications that show bias in favor of or opposition to a candidate. Friending or following a candidate also could suggest that the charity supports the candidate. Therefore, until we have further guidance, it is safer not to like, friend, or follow candidates or their campaigns.

Individuals can personally participate in political campaigns; the issue is whether the acts of individuals could be attributed to the charity. If the charity pays for staff time to prepare and post a statement on a personal social media account, the IRS likely will attribute the activity to the charity. Personal posts therefore should be done on an individual's own time and generally not using the charity's resources (such as a laptop, email account, phone, or other technology).

A charity may want to establish a social media policy regarding who can post on behalf of the organization. The policy also could address what social media activity may not be conducted on paid staff time and whether personal posts under certain circumstances should include a disclaimer to clarify that the individual is speaking only in his or her personal capacity and not on behalf of the charity.

4. Address Public Comments That May Appear on a Charity's Social Media Page

The charity should consider in advance how it will handle partisan messages from outside sources that it does not control. One approach is to moderate the charity's social media and delete any partisan or otherwise inappropriate messages. If the charity retains this control over what may be posted, it is taking responsibility for the content. The charity eliminates the possibility that the page will be overrun by partisan statements. However, monitoring an active site can be time-consuming.

Alternatively, the charity could provide a public forum for comments without asserting editorial control, in which case outside communications are less likely to be attributed to the charity. The charity should make clear that it is not screening or endorsing any posts. It might also include a general disclaimer stating that, as a charity, the organization does not endorse or oppose candidates or otherwise intervene in elections, and asking people not to post partisan comments. Maintaining this site would take less work. However, the site could be overrun with partisan commentary, and we do not know how effective a disclaimer will be in that situation.

In any case, the organization should be consistent in how it handles outside posts, regardless of the content. The charity should not remove messages that disagree with a charity's position on an issue, for instance, but only post warnings in response to others.

The IRS lobbying definitions apply to a charity's social media posts. For instance, posts that refer to specific legislation, reflect a view on it, and contain a "call to action" may count as grassroots lobbying communications (PDF). Specific legislation includes confirmation of nominees for political or judicial appointments and anything else voted on by Congress or a state or local legislature. It also includes proposed legislation. While social media may provide an inexpensive means of communication, the charity's lobbying limits still need to be considered.

As most charities are aware, they are strictly prohibited from engaging in political campaign intervention (PDF), unlike lobbying, which may be undertaken as an insubstantial part (PDF) of a public charity's activities. However, the prohibition on political campaign intervention does permit a range of communications and actions related to, or occurring during, an election. Understanding the rules that apply can help a charity safely address issues of importance to it, even as we rapidly approach Election Day.