What Your Nonprofit Needs to Know About Facebook's New Algorithm

If one of your favorite pastimes is mindlessly scrolling through viral videos on Facebook, your days of doing so are numbered. On January 11, the global social media giant announced some sweeping changes to its most central product — the News Feed.

In the coming months, Facebook will be granting less priority to Pages from businesses and publications and begin favoring posts its ranking algorithm finds to be more engaging — namely those that spark debate and discussion among a user's friends and family.

Although this is a noble cause, it potentially leaves nonprofits and other mission-driven organizations in a tight spot, because they are considered businesses in the eyes of Facebook.

What Do We Know? 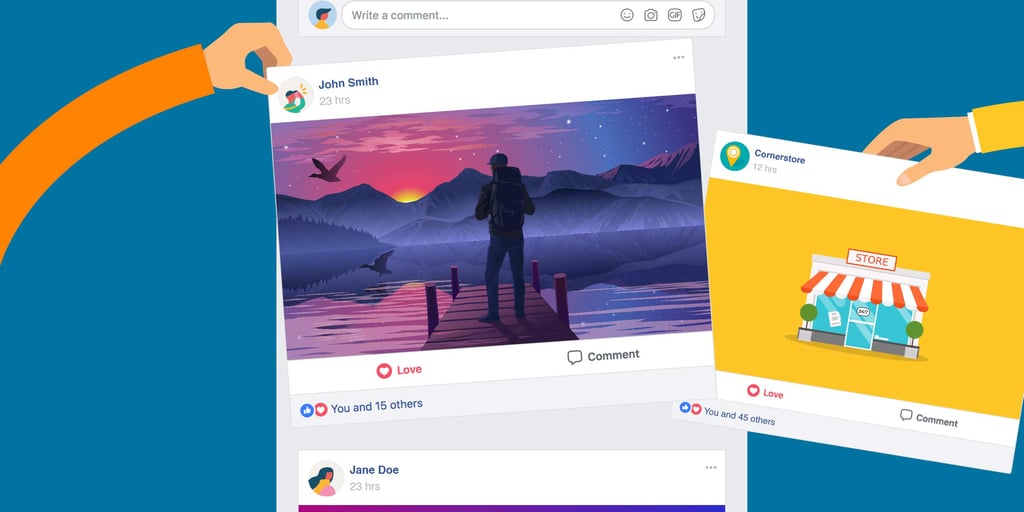 Truthfully, we don't know a whole lot. In his post announcing the change, Facebook CEO Mark Zuckerberg said the new policy will take months before users will see the full effects. However, early indications show that, in general, Pages (like the one you may have set up for your organization with Facebook's encouragement) will be affected. They will not be given the same amount of priority as things like pictures from your vacation or an open question to your group of friends.

"As we roll this out, you'll see less public content like posts from businesses, brands, and media. And the public content you see more will be held to the same standard — it should encourage meaningful interactions between people. For example, there are many tight-knit communities around TV shows and sports teams. We've seen people interact way more around live videos than regular ones. Some news helps start conversations on important issues. But too often today, watching video, reading news, or getting a page update is just a passive experience."

Although this is something that the more than 1.5 million nonprofits (including TechSoup) on Facebook should be taking into account, we still don't know how everything will happen. Also, it should be noted that users will still have the option to prioritize Pages in their newsfeed if they want to see frequent updates from their favorite businesses, publications, and nonprofits.

What You Can Do

Again, it's a little early to give direct advice on how to adapt to these changes. An easy thing to do is to encourage your followers to adjust their News Feed settings to make sure they never miss one of your posts. However, there are a few other best practices you should consider.

Because people in groups tend to interact more around specific pieces of public content, creating a group will likely increase the engagement factor of your posts. A group can also be a more personal way to engage people interested in your cause.

As of right now, it doesn't appear that the Instagram algorithm will be making these changes. Provided that remains the case, perhaps it's time to start working on that Instagram account once and for all.

This sounds like common sense, but it's arguably the best way to stay ahead of the curve. All of these changes are being done in the name of promoting users' well-being and promoting more meaningful social interactions. If that's the case, why not commit yourself to creating more engaging content that will authentically spark conversation and organic sharing?

One thing to definitely avoid is "engagement bait," content that consists of calls to action like "Share if you agree!" or "Tag someone who cares." This is really spammy stuff, and the new algorithm just isn't having it.

Facebook was long overdue for an overhaul addressing the deluge of impersonal content clogging up News Feeds across the globe. Its desire to get back to its roots as a tool for humans to directly connect with one another is a positive thing.

However, some nonprofits have expressed concerns that they will be negatively affected by these changes. The South Suburban Humane Society in Chicago Heights, Illinois, has spoken out directly. In an open letter to Mark Zuckerberg, CEO Emily Klehm made a direct appeal for nonprofit Pages to be exempt from the upcoming changes. She stated that "in this isolated world ... nonprofits are the glue that's holding us together."

Perhaps Facebook will take this sort of feedback into account as it works out the details of the way in which the algorithmic changes will officially take shape. For now, what nonprofits can do about the new Facebook algorithm is to stay aware of what's happening in the news and to update their social media strategy as necessary.

Event Planning
The Best of Both Worlds: Making Hybrid Events Work for Your Organization