How Nonprofits Can Use Social Content for Social Change

For nonprofits whose critically important goals have always far exceeded their budgets, social media has become a useful channel to quickly and cost-effectively spread their message. But, although 97 percent of nonprofits are on Facebook, the majority of them (74 percent) only use social networks to broadcast information about themselves.

Nonprofits should certainly be using their social platforms to announce upcoming events and share the latest news about their particular cause. However, social networks also enable organizations to find and tap into the powerful stories their supporters and donors share online every day. 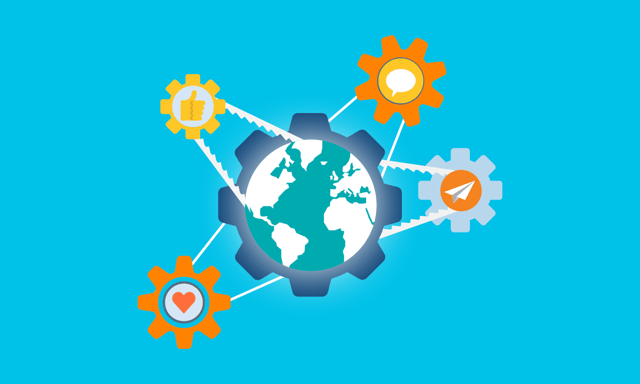 Harnessing the Power of the People

Your supporters are your best marketers, and they're sharing their stories on social networks.

Every day, people — young and old — discover, like, share, and post about the causes they care about. All these stories, images, and videos posted across the social web are referred to as user-generated content (UGC). This content is authentic and inspiring and drives amazing results for nonprofits who know how to leverage it across their marketing channels.

Every year, WWF hosts Earth Hour, a worldwide event in which millions of people, businesses, and communities from more than 170 countries turn off their lights for one hour. Earth Hour calls attention to the need for climate change action. For Earth Hour's tenth anniversary, WWF Australia wanted to expand awareness and excitement about the event. 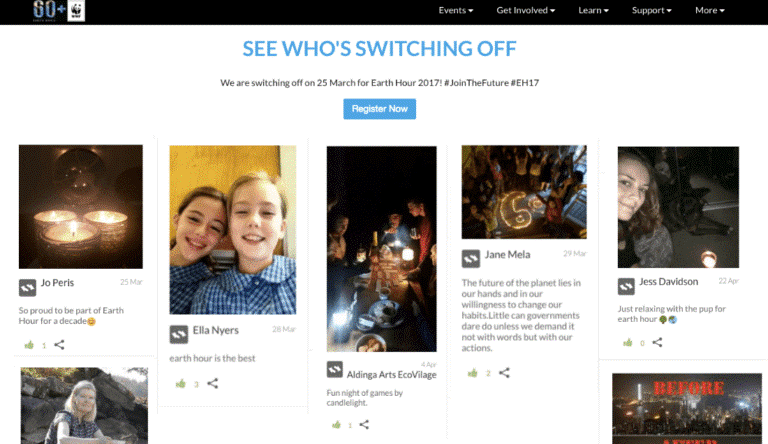 During Earth Hour, WWF received an unprecedented amount of posts from supporters: more than 150,000 within the first few minutes. WWF grew its social audiences, seeing a 17 percent increase in Twitter followers and 32 percent growth in Instagram followers. Plus, the Earth Hour Australia website experienced a 72 percent increase in new visitors year over year.

Kerri said WWF's strategic use of UGC has been "a really great way to engage people during, before, and after Earth Hour, helping to build broader awareness and support for this important cause."

No Kid Hungry (formerly named Share Our Strength) has been dedicated to fighting poverty and child hunger since 1984. It launched a Maryland Breakfast Challenge, aimed at educating people about the importance of healthy school breakfasts and raising funds to cover breakfasts for kids. It asked people to tweet or post photos on Instagram of things they did throughout the day that were #PoweredByBreakfast. Then it showcased supporters' content on its site with the help of Stackla.

"The hashtag campaign was a perfect way to get our network engaged," said Jason Wilson, No Kid Hungry's director of digital communications. "The campaign was Maryland-specific, but because of the social hub on our website, thousands of people in D.C. and Virginia shared the message too."

With the funds it raised from this social campaign, No Kid Hungry was able to provide 10,000 more children in Maryland with a healthy school breakfast every day.

It also expanded its UGC strategy to its main website to help spark donor conversations and inspire a younger generation to join the cause. Jason said, "We saw that students were a growing segment of our audience that wanted to engage. When someone sees that we've shared their post on the Generation No Kid Hungry site, it gets them excited to do more and to share it with their friends, bringing more people into the fold."

No Kid Hungry invited students and donors to share why they support the cause and highlighted all their stories on its home page. In doing so, No Kid Hungry was able to help create a youth movement and increase donations by 30 percent. "We saw the increase, in large part, because people were able to share stories around why they support No Kid Hungry," said Wilson. "We get great results whenever we can share our network's voice, rather than us talking at them. It's much better for us in terms of engagement, and it's much more authentic when it's coming from people who support the cause."

Leveraging user-generated content is an effective way to amplify advocate stories, inspire activism, and drive donations. If you're interested in learning more about how a UGC strategy and platform can help your nonprofit achieve its goals, check out our Stackla for Good page. Eligible organizations can receive a discounted rate by using the promo code "Techsoup17" during the signup process.

Marketing and Communications
Creative Content Best Practices for Nonprofits in 2023