What's new in library tech! Welcome to our monthly collection of fun and hopefully useful news items from our admittedly great twitter feed and wherever else we find them. 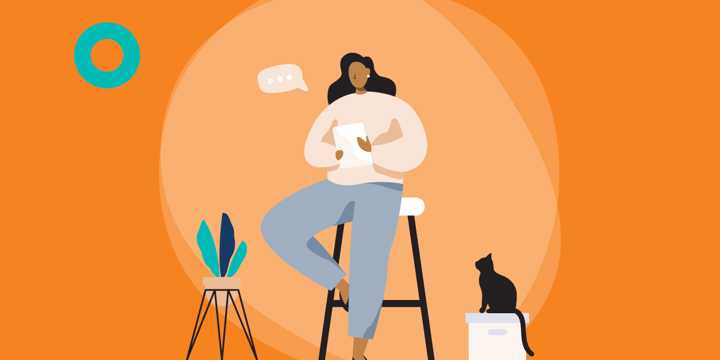 We hope you had a great National Library Week last week! In this month's newsbytes we cover news on the massive new funding opportunities that are coming to libraries due to the recent $1.9 trillion American Rescue Plan Act. We also have news of free Microsoft job training for your patrons and on some student mentoring programs you may not have heard of. We also feature a surprising new study in Nature on why we really share fake news. We celebrate Earth Month with two news items on how and when to responsibly retire your electronics devices and a new operating system to keep them functioning much longer. Here's our roster of news:

Free Microsoft Digital Skills Courses Available Through the End of 2021

Microsoft has extended its free digital skills courses to offset COVID-19's economic impacts through December 31, 2021. Through their Global Skills Initiative, they are offering training and certification for the 10 most in-demand and well-paid jobs worldwide, including software developer, project manager, IT support, and data analyst. The free courses are available through LinkedIn Learning and Microsoft Learn. Participants can then practice tech skills in the GitHub Learning Lab. The program also offers job seekers help to search and apply for jobs and help in preparing for interviews. This is an astonishing opportunity for unemployed patrons. They can get started with the program here.

Funding for Libraries in the American Rescue Plan Act (ARPA)

ALA reports that libraries are eligible for billions of dollars in recovery funding as part of the $1.9 trillion American Rescue Plan Act (ARPA) of 2021 passed by Congress on March 10, 2021. The Institute of Museum and Library Services (IMLS) received $200 million, the largest single increase in the agency's 25-year history. The package also provides billions of dollars in academic, public, and school library–eligible programs, including the Emergency Education Connectivity Fund through the federal E-Rate program.

Kevin Taglang of the Benton Foundation published a comprehensive piece on the process to disburse the additional $7.171 billion to the Emergency Education Connectivity Fund. The Federal Communications Commission must now craft rules to distribute the new funds to eligible schools and libraries for the purchase of equipment and advanced telecommunications and information services for use by students, school staff, and library patrons. The FCC currently wants to leverage current E-Rate forms to apply for support from the Emergency Connectivity Fund. Stay tuned for more on how your library can participate.

The Build America's Libraries Act Introduced in the House of Representatives

Last month we covered the introduction of the Build America's Libraries Act in the U.S. Senate by U.S. Sen. Jack Reed, D-R.I. This new federal legislation proposes to invest $5 billion nationwide to build and modernize public libraries. ALA announced that the House version of the bill has now been introduced as well by Reps. Andy Levin, D-Mich.; Don Young, R-Alaska; and 52 co-sponsors. If it is passed by Congress, the Build America's Libraries Act would begin to address decades of underinvestment by providing funds to repair and construct modern library facilities in underserved and disadvantaged communities. Funding could be used for constructing, renovating, modernizing, or retrofitting library facilities, including by enhancing facilities to reduce the risk of COVID-19 and vulnerability to natural disasters.

It is well known that many school-aged children just coming off a year of virtual and hybrid learning will be behind in their studies. EdSurge profiles three nonprofits that are addressing the situation by connecting kids with mentors. They are Connected Camps, Chief Science Officers, and Roadtrip Nation. On a related note, if you're helping a young patron with math, but having a tough time getting your head around an equation, try taking a cellphone photo of the equation and then upload it to the Photomath app. The app will helpfully provide the solution plus instructions on how to solve it.

This is a pretty heavy claim by Matt Burgess of Wired UK. The big change is that Google is planning to ditch third-party cookies on its browser next year. It's going to get rid of the infrastructure that allows individualized tracking and profiling of our activities on the web. Mozilla's Firefox blocked third-party cookies in 2019, but Google's move is important because it has 67 percent of the browser market. It'll be a big win for our privacy, but rest assured, Google will still track us. It's going to replace third-party cookies with something that will allow targeted advertising in a different way that is expected to tighten its grip on the advertising industry. If you want to truly increase your privacy, use Mozilla Firefox, DuckDuckGo, Brave, or Tor Browser.

Here's another dispatch from the frontiers of the misinformation age. Scientific American reports that it's tempting to conclude that we're in a "post-truth" world where people are either unable to distinguish fact from fiction or are willfully ignorant or purposefully share falsehoods. Not so, according to a just-published study in the scientific journal Nature. The new research finds that most people do not wish to share inaccurate information and that, in many cases, people are fairly good at distinguishing legitimate news from false and misleading news. Why do we do it? Simple. We're lazy in our thinking. We rely on our intuitions (PDF) and emotions, and therefore don't think enough about what we are reading and sharing. Oh, and also by the fact that social media algorithms are optimized for engagement instead of truth.

Google is buying a little-known company called Neverware. Computerworld writer J.R. Raphael believes that this purchase will be a game changer for our old Windows and Mac computers. Neverware provides a Chrome OS installation called CloudReady. It is an open-source version of the Chrome operating system, known as Chromium OS. It works well on older Chromebooks that have reached their end-of-life support date as well as old Windows and Macs.

CloudReady will become an official Chrome OS offering. That means the very definition of what a Chromebook is will expand exponentially. Instead of a Chromebook being a computer created and sold explicitly to run Chrome OS, a Chromebook will essentially become any computer on which Chrome OS is installed. Converting an old Windows or Mac system into a Chromebook via CloudReady (or whatever will be called) should be almost the same as buying a new computer with Chrome OS. This should be a massive opportunity to bring existing old hardware back to life and cut down on the need for new purchases for both patrons and libraries. There's no word yet on the cost of the new Google version of CloudReady OS, but there is currently a freeware version of the OS for individual users called CloudReady Home Edition.

How and When to Retire Your Electronics Devices

Brian X. Chen via the New York Times On Tech newsletter provides some handy guidance on when you, your library, and your patrons should replace your phones, computers, TVs, and routers. Of course TVs, routers, and computers tend to last much longer than cellphones. Chen's general rule of thumb is to retire electronics devices when the hardware or operating system makers stop supporting them with software security updates. Is this what planned obsolescence looks like? Yes. This is what planned obsolescence looks like.

When it is time to pass on your old devices, here is some guidance from the UK's National Cyber Security Centre providing instructions on what users should do to reset their Android, Apple, Google, or Windows devices to factory settings. This will erase all content and personal data, including messages, contacts, photographs, browsing history, Wi-Fi codes, passwords, and any apps installed. Very handy, that tool!