What's new in library tech! Welcome to our monthly collection of fun and hopefully useful news items from our admittedly great twitter feed and wherever else we find them.

Ah. It's the merry month of May and also National Family Month. In this month's newsbytes we cover news on how libraries have officially done during the pandemic. We also continue to cover how the enormous American Rescue Plan Act funds will be disbursed and how you can get in on them. There's cool info on TikTok marketing, free STEM resources from Urban Libraries Council, and how to encrypt your hard drive. Last and most surprising, there's a look back at the Troy, Michigan, library book burning party. You've got to see this one. 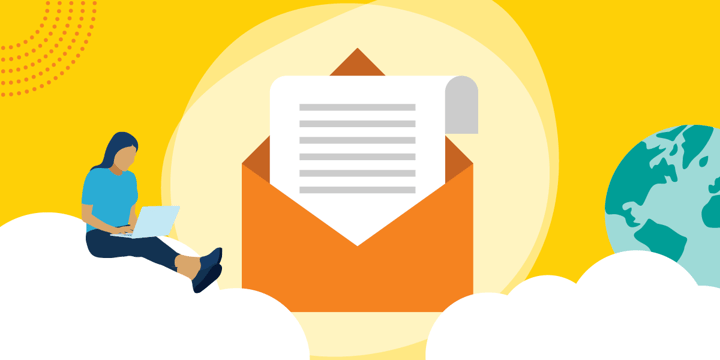 Here's our roster of news:

Here's your library tech newsbytes for May 2021.

The ALA State of America's Libraries Special Report: COVID-19

ALA has released the State of America's Libraries Special Report: COVID-19. These are the official findings on how libraries have weathered the pandemic so far. Here are some highlights.

David Lee King's Lessons for Libraries from the Pandemic

David Lee King has published his own strategic lessons public libraries have learned during the pandemic on Information Today. Here's a good one: don't assume customers know about your digital content. Another is that libraries are now media companies — like it or not. The most surprising (in my humble opinion)? All those new services and offerings you've created for the pandemic? They aren't temporary.

Digital content supplier OverDrive has come out with some new guidance on using American Rescue Plan Act funds for the purchase of digital books for U.S. libraries. The company has compiled information from various sources including IMLS, Chief Officers of State Library Agencies (COSLA), and top publishing houses. U.S. libraries will be able to select and prepare carts for ARPA funds in OverDrive Marketplace. ARPA legislation requires that funds for materials and services be used during the period June 1, 2021, through September 30, 2022 (16 months).  A key component of the legislation is that all libraries must report on the use of funds following the term. Stay tuned for details on this. OverDrive will publish specifics on how everything will work in the OverDrive blog.

Governing magazine has created a comprehensive summary of American Rescue Plan funding worth billions of dollars that public libraries can tap into. There is so much here. For instance, you can see an interactive map of IMLS $200 million allotments for each state. There is additional info on the $7 billion Emergency Connectivity Fund that will provide 100 percent reimbursement for purchases of equipment to provide Internet connectivity and devices to the public. There are also local government funds, an Education Stabilization Fund, National Endowment for the Arts funds, and much more.

Kevin Taglang of the Benton Institute describes more details from the FCC on how the $7 billion Emergency Connectivity Fund Program will reimburse schools and libraries. This will be for the purchase of laptop and tablet computers, Wi-Fi hotspots, and other IT equipment, as well as broadband connections. It will benefit students, school staff, and library patrons who would otherwise lack access to connected devices and broadband service during the pandemic. The Universal Service Administrative Company (USAC) will be the administrator of the reimbursements. They will adopt rules for eligible equipment and services, service locations, eligible uses, and tech support. They will also be charged with streamlining and simplifying the application processes. Kevin Taglang and the Benton Institute are one of the best news sources we've found on this. Subscribe to the free Benton Institute for Broadband & Society's Weekly Digest here.

Complementing the Strategic Playbook, ULC's Building the STEM Workforce: Quickstart Toolkit is designed to orient libraries that are new to this work with strategies for short-term, sustainable progress, as well as resources for deeper exploration.

Reaching Out to Young Patrons on TikTok

I Love Libraries has compiled some great examples of how different libraries are now using TikTok to promote their programs and services to young patrons. You just have to look at this to appreciate the fast, clever marketing potential.

The Federal Reserve Bank on the Economic Value of Libraries

There's lots of content out there on how libraries help people in so many ways. The Federal Reserve Bank of Chicago has issued a working paper examining the hard-nosed economic returns on public investment in libraries. Spoiler alert: it's quite a lot. This is hard data that is super-useful for grant applications.

How to Encrypt Your Hard Drive

It's pretty scary how easy it is for someone to remove the hard drive from a discarded computer and get all your data. They can just connect it to another PC as an external USB device and then have access to all your data. The solution? It's pretty easy to encrypt your hard drive. On Windows PCs you can use an application called VeraCrypt or BitLocker, which is baked into the Windows 10 OS. On Mac machines, you can use FileVault 2, which is part of the macOS (10.7 or higher). Author Vinh Tang offers the step-by-step directions for using all of those apps plus how to encrypt a hard drive that uses the Linux operating system.

Maybe this isn't breaking news, but possibly it's the cleverest, edgiest guerilla marketing campaign to save a library — ever. I think our friends at EveryLibrary.org might like this. In 2012 Troy, Michigan, couldn't afford to sustain its library, so the city scheduled a vote for a tax increase. A strong anti-tax group waged a strong campaign against it. Posing as a political group, library advocates posted signs around town that said, "Vote to close Troy library Aug 2, book burning party Aug 5." They invited everyone to their Facebook page, adding Twitter, want ads, flyers, and more to drive engagement. The campaign became international news as outcry over the idea of burning the library's books drowned out the opposition and galvanized support for the library — which won by a landslide. Here's the whole story on YouTube.