In the last blog post about public relations, you learned what makes a story attractive to reporters. That’s just the beginning. There are certain types of stories that give you a good chance of capturing a journalist's attention. Here are a few of them, along with some ideas for tailoring them to your purposes. 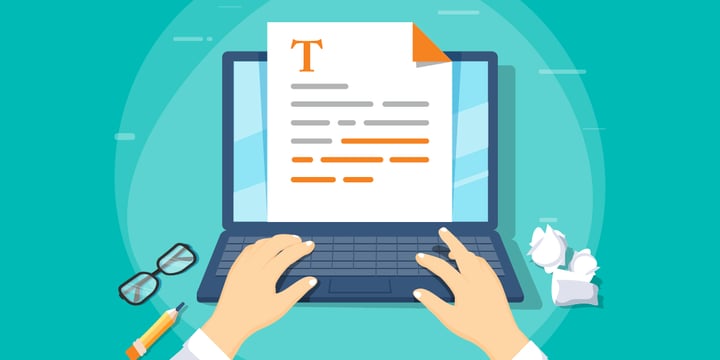 A human interest story is a story that examines the personal aspect of an organization or event. It evokes emotion from readers or viewers. These are great for nonprofit publicity seekers because they show your mission in action.

There are lots of ways that you can put a human interest slant on a story. Here are a couple of ideas:

Have you noticed how much the media loves to share information about the latest research studies? Such topics have a tendency to capture the attention of the audience. So if you can find a piece of research, some statistics, or a survey that relates well to your NGO, you will be well served to tie a story in with it. Your interpretations of the facts make for great quotes, and they can stir up controversy.

The research or survey you use doesn't have to uncover groundbreaking new discoveries. Something as simple as the percentage of foster youth needing computers to be educated remotely could serve as a great topic.

Tying a story related to your nonprofit to a story that has made headlines recently is a great way to get a reporter's attention. Smaller news outlets are especially receptive to such stories. By proposing such a story, you're giving the reporter a chance to show readers how large stories relate to them and their community.

One particularly effective way to use this technique is to find stories of problems that your NGO is solving. Take the COVID-19 outbreak, for example. There are plenty of stories about it in the news. What you are doing to help the people you serve could be the basis for a useful story.

Have you ever read a story that took a popular belief and turned it on its head? These kinds of stories really make us think, and we're apt to discuss them with friends, family, and co-workers. That's why reporters love them and why it makes sense to find commonly held beliefs to dissect and diffuse.

While you don't have to perform elaborate experiments Mythbusters-style, you will need some facts to back up your ideas. Statistics are good for this purpose, as are anecdotes from those who have found out for themselves that the belief is false. For example, one in five college students in California is homeless or has been homeless in the past year. If you work to help the homeless or help at-risk youth to go to college, this could be the tie-in to a great story.

Stories That Relate to Holidays

Holiday stories are staples of the media. When the holiday season is coming up, for instance, newspapers and TV news programs frequently feature reports about soup kitchens and food banks. Valentine's Day, Easter, and Thanksgiving are also media favorites. But it doesn't have to be a major holiday to get media attention.

There are lots of less recognized holidays that can help you get in the news. Administrative Professionals Day and Grandparents Day are a couple of good examples. But even holidays that few people have ever heard of make for good stories. How about Take Your Dog to Work Day? And then there are weekly and monthly observances such as National Volunteer Week and Black History Month. You can find listings of these holidays and observances online. There are lots of them, so you should be able to find several that you can relate to your business throughout the year.

Lists are heralded as one of the best vehicles for getting links and traffic to a website. But lists have been around since long before the Internet was ever thought of. A worthwhile list can be a great basis for a news story.

When it comes to lists, tips and tricks are among the most popular subjects. Anything that can make life easier is welcomed in today's busy society. And as an expert in your field, people (and hence reporters) are interested in your advice. While you can't counsel them all one-on-one, a newspaper article or a feature on the TV news is sure to capture their attention.

Lists of the top reasons for a given choice or occurrence are also well received. Stories such as "The Top Ten Reasons You Should Watch Less TV" or "The Top Five Reasons Adopting a Shelter Pet is Better Than Buying One" can be successfully used to promote your organization, but they also serve to keep the audience informed.

Lists are best suited to print media, but they can work for television news as well. If you plan to pitch them to a TV news reporter, however, it's important to keep them concise. Television viewers tend to have short attention spans, and a list of 20 things is unlikely to hold their attention. Time constraints can also keep longer lists from getting airtime. Even if your story is based on a previously printed news story with a long list, it's best to condense it to no more than five items.

(Pro tip: Repurpose these for your social media channels too!)

What Reporters Want from You

As a publicity seeker, the last thing you want to be is a thorn in a reporter's side. You want to be someone that the reporter enjoys talking to and someone who gives him what he is looking for without him having to dig. You don't have to be a mind reader to accomplish this. You just need to attempt to look at things from the reporter's point of view. Here are some important things to keep in mind when pitching stories and doing interviews.

So now that you have a great story, how do you get it in front of a journalist?  Stay tuned to TechSoup’s blog, because that’s the final installment for this series.