At TechSoup, we admire good works however and wherever they happen. The classic charitable sector associated with 501(c)(3)-style nonprofits is just part of the story. A ton of good works are done through churches, libraries, social entrepreneurs, and people just paying a kindness forward. A part of the charitable sector we honestly haven't paid enough attention to is mutual aid and benefit societies around the world. They have been stepping up big-time during the pandemic. They are also a perennial source of volunteers for nonprofit causes. Let me explain. 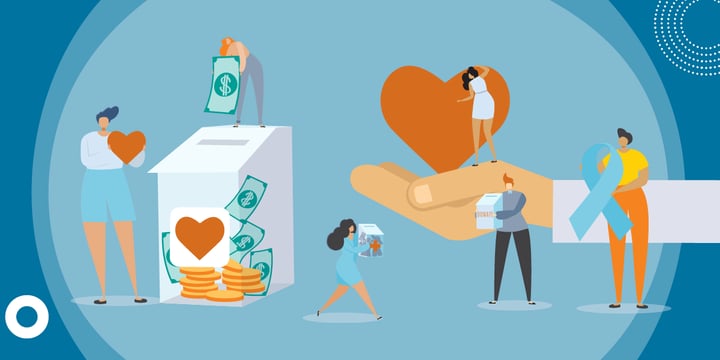 Long before nonprofit charities like foundling hospitals, almshouses, and orphanages emerged in the 1700s, there were benefit or mutual aid societies. They go back as far as the Tang Dynasty in China (618 – 907 CE) and they are still prevalent in that country today. Benefit societies have inspired the development of trade unions, cooperatives, credit unions, self-help groups, immigrant relief societies, and fraternal service organizations. Examples of service organizations include the legendary Freemasons (and the associated Shriners), Woman's City Clubs, Knights of Columbus, and Kiwanis, Lions, and Rotary clubs. These are still very active in this day in age. Some large fraternal service organizations operate 501(c)(3) charities like California's Masonic Charities.

There are hundreds of such service and fraternal organizations. They have had their own tax-exempt status since the U.S. Revenue Act of 1909 (PDF). Mutual aid work has moved history. Former African American slaves, Absalom Jones and Richard Allen, created the Free African Society of Philadelphia in 1787. This led to the U.S. abolitionist movement and heroic mutual aid work like the Underground Railroad. The work continues under the nonprofit Free African Society. We see mutual aid in action in the aftermath of every major disaster and the recent migrant crisis. Long story short: People worldwide organize spontaneously for humanitarian relief efforts.

Mutual Aid During the Pandemic

Jia Tolentino, writing in the New Yorker early in the pandemic, described informal networks that emerged to meet the new needs of those around them. Examples she cites:

Tolentino cites many other examples, including additional ones in the book A Paradise Built in Hell by Rebecca Solnit. Plus there is the classic 1902 book by Russian naturalist and anarcho-communist Peter Kropotkin, Mutual Aid: A Factor of Evolution. His thesis is that mutual aid is "the necessary foundation of everyday life" in downtrodden communities, and "the best guarantee of a still loftier evolution of our race."

Also early in the pandemic, New York Times writer Kimiko de Freytas-Tamura wrote How Neighborhood Groups Are Stepping In Where the Government Didn't (subscription required). She cites spontaneous efforts to offer free mental health care to frontline workers and South Bronx Mutual Aid, which is developing an app to track all the community refrigerators set up by mutual aid groups like In Our Hearts.

In New York alone, about two million people (subscription required), or one in every four New Yorkers, are food insecure, and, according to the United States Department of Agriculture, about 30 percent of the country's food supply is wasted. As of March 2020, Freytas-Tamura estimated that over 800 pandemic mutual aid groups had popped up in places like Miami; Chicago; San Antonio; San Diego; Columbia, South Carolina; and Butte, Montana. There are no doubt many more now.

Volunteers are of course invaluable for nonprofits across nearly all mission areas. In its latest estimates, Independent Sector values volunteer time, talent, and effort at $187.7 billion. Over 77 million people in the United States volunteer these days. However, it is often difficult for charities to identify people potentially interested in their causes. At the same time, service organizations like Kiwanis, Lions, and Rotary clubs are looking for projects. Nearly all towns and cities in the country have local chapters and welcome speakers. Tax Exempt World also hosts an online search tool where you can search organizations by 501(c) classification — like 501(c)(8) and 501(c)(10).

It's a bit more difficult to find informal and spontaneous mutual aid groups, but fortunately, Mutual Aid Hub, which is operated by the nonprofit Ground Game Los Angeles, tries its best to keep track of them. It hosts an interactive map plus a database of mutual aid networks in list form as well as a listing of food resources groups. This project is very new, having been started in March of 2020.

The Wellspring of Charity

I find it breathtaking, the varieties and scope of mutual aid work and that of service organizations in both good times and especially bad times. For a very long time, people have spontaneously come together to do good works for the benefit of all. I've watched with great interest the little library movement take off in the last few years. This is where people put up little shelters with free books they think might be interesting to their neighbors. During the pandemic, many of these became mini food pantries for anyone needing help. These are examples of a wellspring of charitable work that I can only hope will not remain the hidden nonprofit sector.